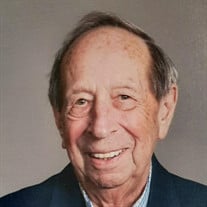 Mr. Billy Joe "Bill" Johnson passed away Saturday, September 25, 2021 at Highlands Medical Center. He is survived by his wife of 59 years, Kaye Kennamer Johnson; daughter & son-in-law, Kathy & Blake Wright; and grandsons, Jake, Evans, and Hunter Wright; and sisters, Nancy Long and Wylodene Everett. He was predeceased by his parents, Herman & Nell Johnson and his beloved daughter, Karen Johnson. Bill was born in Austinville, Alabama on July 23, 1935. He was a 1953 graduate of Danville High School. He then served in the U.S. Air Force from 1953-1957. He received a baseball scholarship to Southern Union Junior College and continued playing baseball and completed his education at Athens State College, graduating in 1961. He led his junior college team to the National Junior College World Series in his first year by pitching 2 no-hitters. He signed with the Philadelphia Phillies organization and played in their minor league system. At the conclusion of his baseball career, he taught and coached basketball at Woodville High School for one year where he met his wife, Kaye. In 1963, he had the opportunity to join the family business working for Butler and Kennamer Wholesale Grocery Company, eventually becoming a part owner until its sale in 1984. At that time, he purchased Maynor Tires in Scottsboro and moved the business to the square and renamed it Johnson Tires which he operated until his retirement. Bill was an active member of First Baptist Church where he was a member of the "Off the Wall" Sunday School class. He was active in various community organizations including the Scottsboro Jaycees, Lions Club, and Rotary Club. He was instrumental in organizing Scottsboro Little League baseball and coached teams including All-Star teams for 9 years. Scottsboro Funeral Home is in charge of arrangements. Visitation will be Monday, September 27, 2021 from 2-3 p.m. at Cedar Hill Cemetery with a graveside service to follow at 3 p.m. In lieu of flowers, the family requests donations be made to First Baptist Church Learning Center.

The family of Mr. Billy Joe "Bill" Johnson created this Life Tributes page to make it easy to share your memories.

Send flowers to the Johnson family.