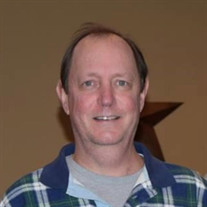 Mr. Fredrick Boyd Parker, 53, of Taft, TN, passed away on Saturday, August 28, 2021. Mr. Parker was born on March 1, 1968 in Huntsville, AL. He was a member of Brogan Avenue Baptist Church. Funeral services will be held on Wednesday, September... View Obituary & Service Information

The family of Mr. Fredrick Boyd Parker created this Life Tributes page to make it easy to share your memories.

Send flowers to the Parker family.