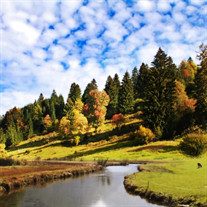 Mr. Glenn Kevin Ams, age 62 of the Swearengin Community near Scottsboro passed away Tuesday, October 26, 2021 at Huntsville Hospital. Kevin was born on July 16, 1959 in Huntsville, Alabama to James Edward & Mary Virginia Ams. As a child, Kevin grew up attending First Baptist Church of Huntsville. It was during those years that Kevin worked towards attaining a great honor to him-becoming a proud Eagle Scout. He attended Grissom High School where was very active in Mu Alpha Theta, Science Club, Chess Club, the International Club, and the Civitan Club-serving as vice president in 1976. After graduating in 1977, he went on to attend and graduate from UAH in 1983, with a Bachelor of Science degree in Electrical Engineering. Kevin spent the last 36 years working on Redstone Arsenal. Before his time on the Arsenal, Kevin worked for in Research and Development for Teledyne Brown. In his adult years, Kevin was a former member of Faith Chapel Independent Pentecostal Holiness Church of Huntsville, a member of Whitesburg Baptist Church of Huntsville, and most recently attended Calvary Baptist Church. Calling back to his proud scouting days, Kevin remained active by serving as an assistant Boy Scout Master in Grant. Left to cherish his memories are his loving wife of 36 years, Cathryn Childress Ams; his son, James Benton Ams (Katie); twin daughters, Heather Elon Ams and Alexandra Whitney Ams; his brother, Kenneth Ams (Barbara); nephew, Matthew Ams (Kathryn); nieces, Kari Childress and Ariel Nangle (Jacob); and numerous aunts, uncles, cousins, and friends. Along with his parents, Kevin was preceded in death by his son, Andrew Steven Ams who passed away on November 27, 2013. A memorial service will take place on Saturday, November 20, 2021 at 10 a.m. at Whitesburg Baptist Church. A private family graveside service will be held. In lieu of flowers, please make contributions to The Gideons International. Arrangements Entrusted to Scottsboro Funeral Home

The family of Mr. Glenn Kevin Ams created this Life Tributes page to make it easy to share your memories.

Mr. Glenn Kevin Ams, age 62 of the Swearengin Community near...

Send flowers to the Ams family.