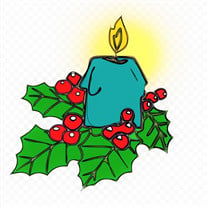 Ms. Holly Amanda Gant, age 44 of New Market, Alabama passed away Monday, August 30, 2021 at Huntsville Hospital. Holly was born in Huntsville, Alabama on June 14, 1977. From the time she was a child, she was able to make friends easily. She maintained lifelong friendships with many, beginning as far back as first grade. As she became an adult, she began working with LifeSouth Community Blood Center as a phlebotomist. While she loved her job, she always said her greatest accomplishment came when she became a mother to her son, Luke. Along with her son, Luke Davis, Holly is survived by her family unit of love and God as a daughter to Jerry & Robin Luckhart; her aunt, Shirley Gant; cousins, Jeff Gant, Doug Gant, and Carmen Gant; and so many friends. She was preceded in death by her parents, Jerry & Diane Gant; uncle, Larry Gant; and grandparents, Rice & Lillie Mae Gant and John Kenneth & Georgia Bradford. In the words of her son, “my mom was truly the nicest person I ever met. She instilled many life lessons in me that will always remain. One of those lessons being that we cannot live in the past. This will help me through her loss and remind me that I cannot live in yesterday but must live in the present and look toward the future. To know my mom was to love her.” At this time, there are no services scheduled. Holly’s family will hold a service to celebrate and honor her life later and will be announced when planned. In lieu of flowers, if anyone wanted to make a donation, it could be made her son, Luke. Also, if you would like to express your love and support, you may do so by sending a card or message of condolence to the family. Donations of love or cards of support may be sent to Luke Davis c/o Jerry & Robin Luckhart 329 Antler Point Dr. New Market, AL 35761. Arrangements Entrusted to Scottsboro Funeral Home

Ms. Holly Amanda Gant, age 44 of New Market, Alabama passed away Monday, August 30, 2021 at Huntsville Hospital. Holly was born in Huntsville, Alabama on June 14, 1977. From the time she was a child, she was able to make friends easily. She... View Obituary & Service Information

The family of Ms. Holly Amanda Gant created this Life Tributes page to make it easy to share your memories.

Send flowers to the Gant family.