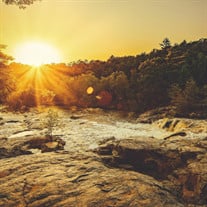 John Joseph “Joe” Abercrombie, Jr., 76, of Scottsboro passed away at his residence on Tuesday, April 12, 2022. He is survived by his son, Andrew Abercrombie (Samantha); grandchildren, Bryson and Addyson Abercrombie; sister, Anne Wilson; niece, Ellie Whitesell (Bill); and nephews, Joe Wilson and Ward Wilson (Mary Beth). He was preceded in death by his parents, John and Juanita Lawson Abercrombie and by brother-in-law, Edward Wilson. Joe was born on August 30, 1945 in Birmingham, Alabama. He was a long-time resident of Scottsboro, and was owner of Abercrombie Tire Center for over 40 years. He served in the U.S. Navy for two years, and attended Sewanee: The University of the South on a football scholarship. He later transferred to University of Tennessee in Chattanooga, where he played baseball and subsequently earned his bachelor’s degree. He was extremely active in youth sports, and coached his son in rec-league baseball for several years. He was an avid reader, a collector of antiques, and a patron of the arts. As the owner of his tire store, Joe was known for his generosity to customers and strangers-especially the elderly. His compassion also extended to unwanted dogs-which he never seemed to be able to turn away. His greatest love was, of course, for his son, daughter-in-law, grandson, and granddaughter. He will be missed by all who loved and knew him. His grandson summed it up best with a quote he learned in school, “Don’t cry because it’s over; smile because it happened.” And his granddaughter added, “You Are My Sunshine”, from the many times Joe serenaded her with that song. Visitation will be Thursday, April 14 from 5:00-8:00PM at Scottsboro Funeral Home. The funeral service will be Friday at 3:30PM at the funeral home. Burial will immediately follow at Pinehaven Memorial Gardens in Hollywood. Arrangements Entrusted to Scottsboro Funeral Home

The family of Mr. John Joseph "Joe" Abercrombie Jr. created this Life Tributes page to make it easy to share your memories.

Send flowers to the Abercrombie family.